A benefit of membership with the national governing body the British Aikido Board (BAB) is insurance for students, instructors, officers of Clubs and Associations is held by the governing body the British Aikido Board (BAB) and their details and certificates can be found on the BAB web site - under BAB Summary of cover for "Associations & Clubs" and "Instructors and Members". A document "The BAB Insurance Scheme explained" describes the scheme.

All students & instructors hold blue slips personally which is a registration document with the BAB. These registration documents are paid for from before first practising within our fee structure unless deffered if Taster sessions are involved and then in subsequent years through the membership fee of the Aikikai.

Public Liability / Professional Indemnity is again the through the Aikikai to the BAB - holding what is referred to as Club venue registration. We hold a green slip confirming this and the benefit of insurance for Altrincham Leisure Centre.

There are 2 ways to verify Trafford Aikido is a club of the Lancashire Aikikai.

1. Go to the Lancashire Aikikai web site and see we are a listed club in the section "Where to find us" We are under Altrincham and that page carries the Club logo bottom right.

2. Go to the BAB's own web site and look for our practice nights under the Club directory by selecting Lancashire Aikikai as the Association.

To verify the Lancashire Aikikai is a member of the governing body again the BAB's own web site will show this from their list of Associations. You can also on this site confirm instructor's coaching qualifications.

The Lancashire Aikikai operates a "Permission to Teach" scheme for its instructors who are allowed to take classes unsupervised that are higher requirements than the governing body. 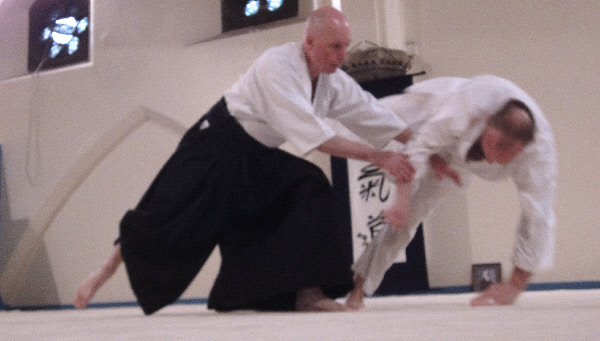