Our policies, codes and practise can be located from this page.

In addition there are the following pages

"You and Your Responsibilities" go to the page Members Home / You.

We also have for Juniors and their parents our expectations that follow our Codes of Conduct for them.

We started in 1989 and are "not for profit" - we are all volunteers and are not paid for our time.

The Club has a constitution and is run by an Executive committee.

We are governed by the policies, requirements, procedures and guidance of both bodies and are mandatory for everyone attending or working with us.

The BAB is recognised as the national governing body by Sport England.

The Aikikai is affiliated to Yokohama International Aikido and through them to Hombu - Aikido HQ. See our links page

All in Trafford Aikido are encouraged to work to high standards and adopt recognised best practice where possible. In addition to their own standards of practice, all volunteers, Helpers & Coaches should consider how any process or area of responsibility they are involved with should be carried out to maintain the Club's operation and standards as well as applying standards adopted by the British Aikido Board, Lancashire Aikikai and Trafford Aikido involving:

The club will ensure that its coaches & officials have guidance notes that are relevant to their work and that these notes cross reference to the source policies & documents.

The club will listen to and respond to matters that the club coaches or officials bring to its attention in relation to their work and will support, where possible training needs. 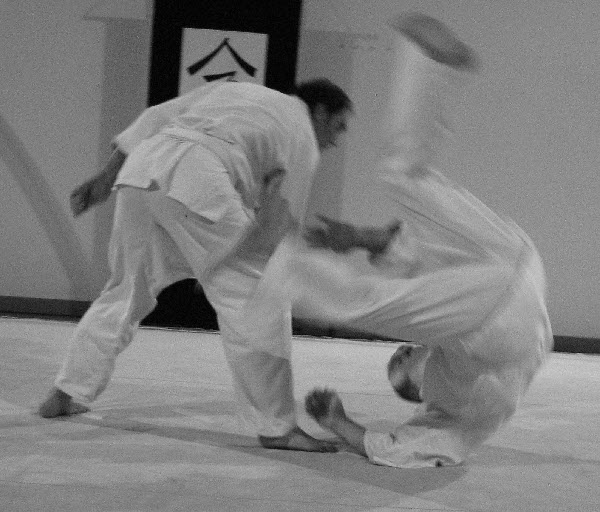 Disciplinary Matters - Where a member has brought Aikido or the Club into disrepute, has acted in a unbecoming way or manner, infringed any Club rules, regulation, constitution or code of conduct (or that of the British Aikido Board or Lancashire Aikikai) then action falls within this section. Disciplinary outcomes may include sanctions, conditions, reprimands, termination of membership, suspension or other measures. This is in our Constitution as is the procedure

The Lancashire Aikikai has a Disciplinary procedure included in its constitution as well.